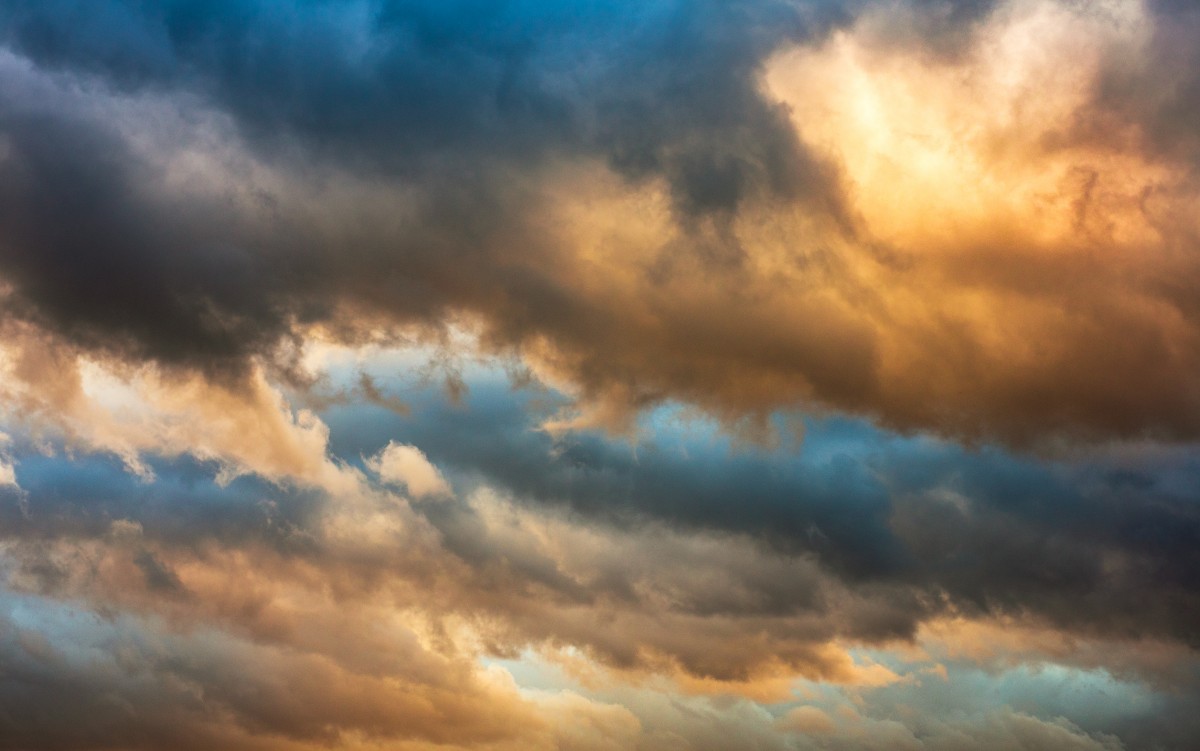 I was thinking about K for some reason, this crazy street chick I used to know.  This one specific moment.  When we were walking down this wooded path on the Berkeley campus.  I had dreamed about it last night, which is probably why I woke up thinking about it this morning.  It seems more dream-like than real in my hazy memory.   It was the sky that I remember most of all from that afternoon . . .

It was some time in early 2000.  How symbolic that was.  One century was ending while another century was beginning.  I was 43 at the time, so I was no longer a young man, but not quite an old man yet.  It was near the end of the Winter rainy season, or near the beginning of Spring.  It was still early into my relationship with K.  I was still making a play for her in my own inimitable and spastic way.  Still viewing her as the Girl of My Dreams (and all that nonsense).  Still hoping I could “save” her and make her mine.

I forget the exact circumstances of that day.  K had been panhandling on Telegraph earlier, huddled under a ratty blanket.  And I offered to buy her a cup of coffee.

(I think this was the day after that emotionally-charged night I had spent hanging out with her at her main panhandling spot on Shattuck Avenue.  As a gift I had given her a laminated photo that Larry the photographer had taken of her when she had first hit Berkeley a year earlier as a runaway.  17 years old.   It was a beautiful portrait.  When she looked at the photo of herself, K burst into tears.  “My green jacket!!” she kept saying.  “My green jacket!”

It was the jacket she had been wearing when she first came to Berkeley.   I could tell it aroused these feelings of sort of painful nostalgia.  Looking back at the jacket, and the person she had once been.  And how far she had fallen in such a short time.  Later that night we got into an intense conversation where K kept trying to make sense of her life’s dilemma..  “Its so hard to explain!!” she kept repeating over and over.  “It’s so hard to EXPLAIN!!”

She wasn’t yet completely ruined at this point, and there was this small part of her that was still “save-able.”  It was that brief moment when she was still trying to pull herself up, and I was trying to offer her my hand.)

Anyways, the next afternoon we sipped coffee on the steps of the Student Union building.  She was groggy like she’d just woken up, or was sanded-down from coming off a speed-binge.  We made sort of dull small talk.  Me, just madly in love with this person for some stupid, hopeless reason.  This 19-year-old elf.  How did she used to describe herself?  “I’m part troll and part wood nympth.”  Exactly.

Then we walked throught the wooded part of the campus towards Shattuck.  She was going to meet somebody by the BART station.  And I was headed to my office.  Just a mundane afternoon.  Two lonely people walking amongst the crowds of faceless city  people.  One of those moments, just a slice of time cutting through the dramas of our unfolding lives.  Our karma.  Our destiny.

A rain-storm had recently ended, so everything was still wet.  And the clouds were just beginning to break and little patches of blue sky were just beginning to appear, along with little slivers of sunlight that would occasionally peak out from behind the dark clouds.  So it was perfectly symbolic.  It had been a long, hard Winter. But you could see the first little,  promising signs  of Spring, and hopefully better days.

For some reason I vividly remember that sky as we walked down the wooded campus path towards Shattuck.  I guess because we were walking directly into the glare of the sun. It was around 4 o’clock and the streets were just starting to fill with people getting off work, and the sun would be setting over the Pacific in another hour.  That feeling you get in the Bay Area during sunset when it seems like the sun is setting on all of Western civilization.

We were two little, mundane human beings, walking through the afternoon of our weary dramas.  And the incredibly dramatic sky over head  —  with its purples, blacks, grays, blues and shards of  yellow, shining sunlight — made me feel both grandeur and insignificant at the same time.  The drama of the heavens above us, as we trudged through the wet dirt of planet Earth.  That feeling I sometimes get when the sun is peaking down from behind the clouds, like its God Himself hiding up there in the heavens, looking down on me.

Its hard to explain in words.  It was one of those quasi-mystical moments.  And a mundane moment at the same time.   As K put it:  “It’s so hard to explain.”