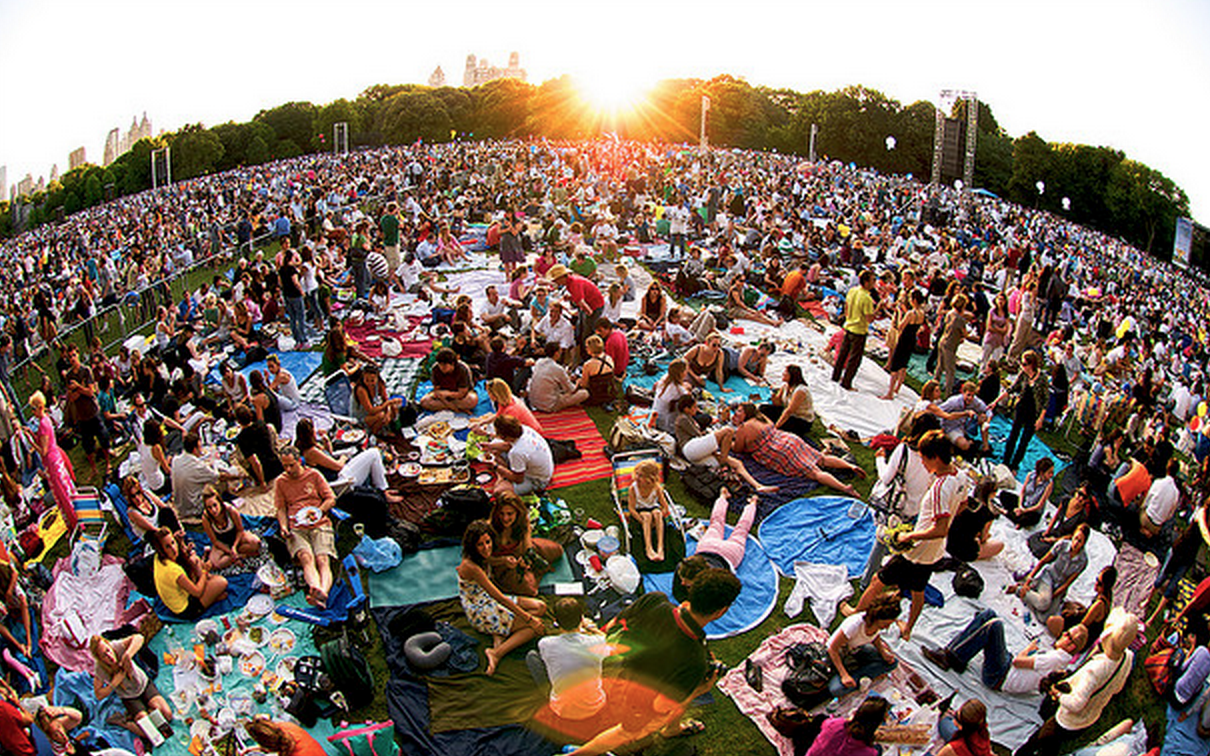 The first concert I ever went to was a free Carole King concert in Central Park in New York City.  1973, age 16.  It was one of those seminal events in my life, in a lot of ways.  For one thing, it was the first time I had ever went off to the big bad city by myself. Without parental guidance, just me and two of my high school buddies.  It was also the first time I got stoned on pot.  And I mean really stoned.  Like where you’re hallucinating.

The concert took place on this big green field.  And there were hundreds of thousands of people flopped out, milling about, and enjoying the show under the bright blue skies.  Somebody passed around a pipe full of pot. And without really thinking, I took my turns as it went around.  After that, all bets were off.  When I looked up, it seemed like every weirdo and street freak in New York city was dancing before me.  Hare Krishnas with shaved heads and wispy ponytails and orange dresses, dancing and chanting out weird incantations on their finger cymbols.  Greenwich Village  hippies looking like crazed pirates with golden rings in their noses.  Street chicks with frizzed-out afros and no bras under their halter-tops, dancing joyously to the sun god . . .

Carole King was way off in the distance, bleating out her songs from a tinny speaker a million miles away, seemingly.  It was like looking into binoculars from the wrong end.  Thus began my 40 year experiment with “altered states of consciousness.”

But it was more than just that. It was like when you take that first — and sometimes fatal — step into a whole new world.  And there’s no turning back.  Dancing before me was this siren’s call.  Filled with allure and danger.   The “streets.”  The counterculture.  The underground.  “Sex and drugs and rock’n’roll.”  All the things our parents had warned us against.  And you take the first baby-steps in that direction.  And the next thing you know, years have gone by.  And you’ve walked so many miles, that when you look back, you can’t even see that fork-in-the-road . . . or barely even remember . . . .where you decided to go this way, as opposed to that way.

One thought on “The first concert I ever went to”