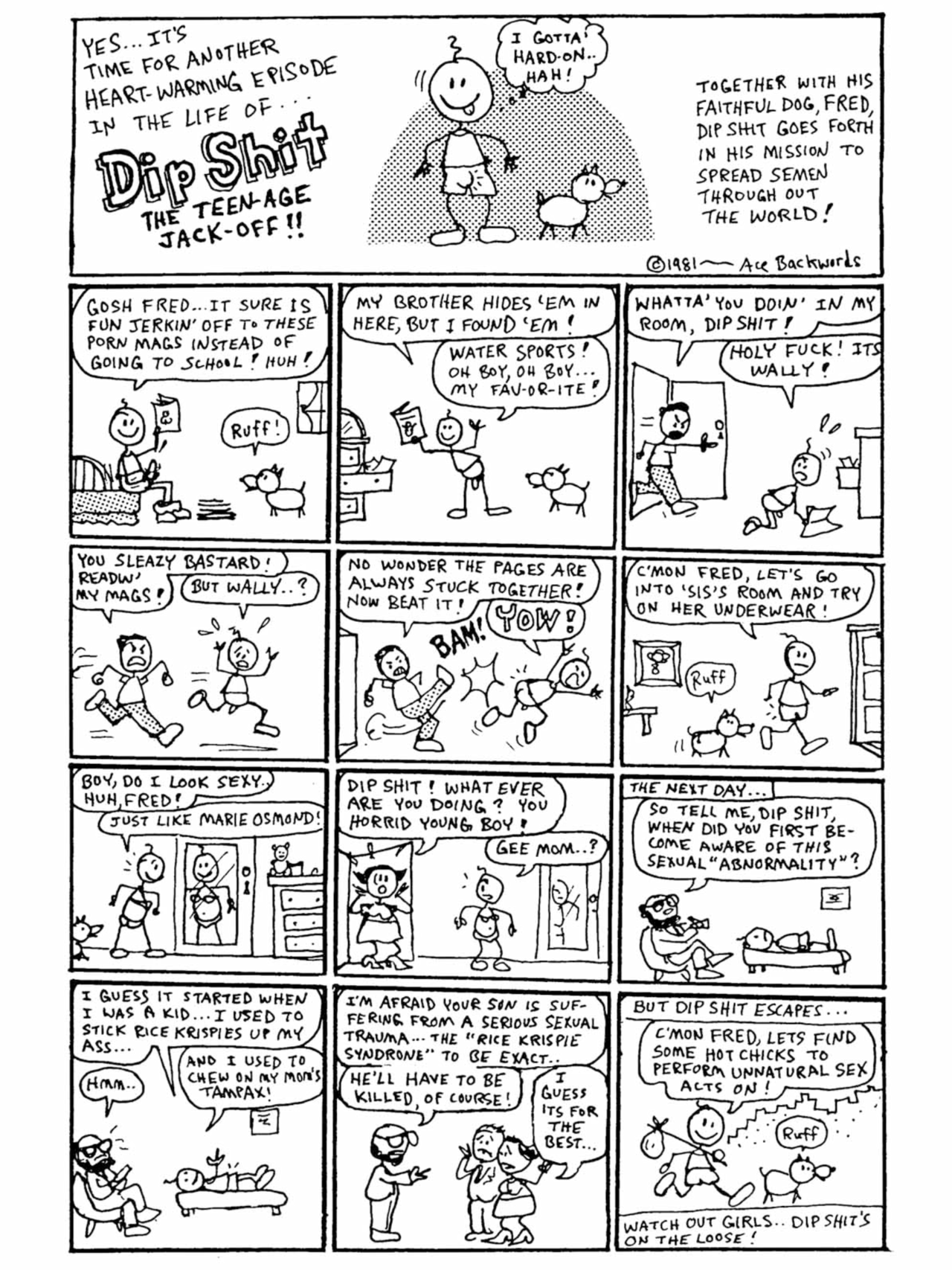 When R. Crumb started his WEIRDO underground comic book back in 1981, I was very excited about the possibility of getting some of my comics published in it.  So I spent several weeks working away on a batch of comics to send to him.  And I pain-stakingly labored over every panel, to make sure that they were the best comics I could produce.

But for the hell of it,  I also threw in this “Dip Shit” cartoon in with the batch of submissions.  I had just done the thing on a goof.  Hacked it out off the top of my head in about an hour.  In fact, I thought so little of the cartoon, I hadn’t even drawn it on the expensive art paper that I usually drew on. I had drawn it on this cheap piece of typing paper that just happened to by lying around on my desk.  Some of you old-timers might remember typing paper.  It was so cheap, it was practically transparent.  And when I looked at the original art I could see where my ink had bled into the cheap paper.

Course that was the strip that Crumb ended up publishing.  Ha ha.  Crumb really is nutso.