Somebody posted this on Facebook, a page from Twisted Image #2 from the summer of 1982. A photo feature Mary Mayhem put together of the Eastern Front punk rock festival down at the Berkeley marina.  “A Day on the Dirt” as it was billed.  Chron Gen, the Lewd, Husker Du, and others performed. . .  Seems like ancient history from another lifetime now, don’t it? 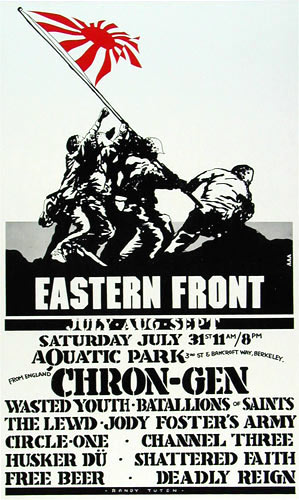