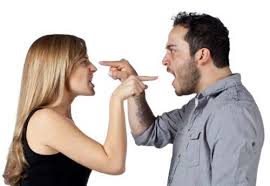 I was just commenting on Facebook the other day about how poisonous the level of political discourse is these days (and the poison largely isn’t coming from ME).

But instead the discourse usually devolves to: “YOU’RE A RACIST XENOPHOBIC BIGOT FASCIST HATER!!!” on the one side. And: “YOU’RE A NATION-WRECKING TRAITOROUS LIB-TARD!!” on other side.

It’s more than a little sad, in my opinion.

One thought on “The poisonous political climate these days”