One of the oddest jobs, of the many odd jobs I’ve had over the years, was working the graveyard shift at this home for retarded children.

It was 1975 and i was 19 years old. I had spent the previous year going to college in Cleveland, but I had flamed out at that. So, for lack of anything better to do, I moved back in with my parents at their house in the New Jersey suburbs. And that was weird — sleeping in my childhood bedroom even though I was now an adult man. And all my high school friends had moved out of town to go to college, so it was like a ghost town to me. It was like everyone else had moved on with their lives while I had been left behind.

This was a very surreal period in my life. It was like everything was upside-down. Like living in a twilight zone. I never really adjusted to the graveyard shift. Which added to my discombobulated head space. The whole world was sleeping, but I was awake, toiling away in this ghost world.

There were about 40 big cribs in this big room where the retarded children slept at night. They ranged from mildly retarded to complete vegetable. Our job was to watch them at night., My boss and my co-workers were all women, I was the only man. So, as usual during this period, I was the odd man out. Literally. Our main job was to go into the room every couple of hours and check on the children, make sure they were OK. And some of them we had to change their diapers. And the rest of the time we watched TV and killed time talking and reading. So that was upside-down, too. Most jobs you work a couple hours and then get a 15 minute coffee break. On this job it was like you worked for 15 minutes and then you had a 2-hour coffee break.

The room with all the sleeping retarded kids was eerie and ghostly. We’d turn on this night light with just enough light so we could see what we were doing but not disturb their sleep. So the room had this eerie, translucent glow. And the retarded kids would make all kinds of weird noises in their sleep, like they were having nightmares. Which made the room seem haunted. I remember this one black kid named Charles, he was about 12 but he was already almost 6 foot tall, and he had an intimidatingly large penis. And he would shout to himself all night long: “CHARLES, GET IN THAT CLOSET!! CHARLES, GET IN THAT CLOSET!!” (I’m sure there was a story behind that one)

Most of the kids I really couldn’t connect to. But there were a couple I grew really fond of. My favorite was this black kid about 5 or 6 years old who looked just like a little Jim Hendrix with the wavy hair and toothy smile.

Most of the time I spent watching TV or reading books. The only decent thing on late-night TV back then was the Tomorrow Show with Tom Snyder where he interviewed famous people. But mostly it was the dregs. Infomercials, etc. I spent several weeks trying to read that Russian novel The Brothers Karmazov. I thought maybe I could become an intellectual or something. But the thing was like 700 pages, and I only got to about page 25 before I gave up. 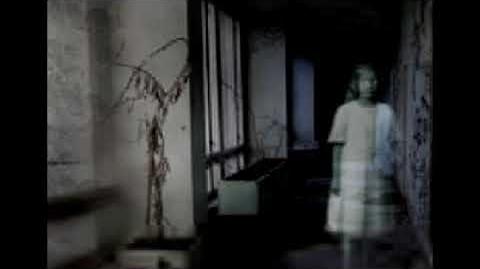 Most of my co-workers had been working together for some time, so they were like a clique and I was an outsider who mostly couldn’t connect with them. But I became friendly with this one woman who was my age and had started working there the same time as me. She was very cute but completely crazy. And completely humorless. She would sort of whisper to me in this urgent tone: “My mother is a witch! She does satanic rituals at our house! She’s tried to poison me multiple times!” I was so lonely, I actually considered her as a possible girlfriend. And we went out on several “dates.” Well, as much as you can go on a date at 7 in the morning after we got off of work. I even went to her house once. Like me, she lived with her parents and was having trouble making that often difficult transition from dependent child to independent adult. I remember she had this inexpensive electric keyboard in her bedroom and she would play the same 4 chords over and over, like a 10 year old. We were both stunted people basically. My development basically got psychologically stunted at age 17 and I never developed much past that point. I did meet her mother, who seemed like a normal suburban housewife who cared for her daughter. But for all I knew she had bodies chained up in her basement.

One of the weirdest things about the job was driving home at 7 in the morning. My day would be ending while everybody else’s day was just beginning. Adding to my out-of-sync-with-the-world, twilight zone feeling. I used to drive my Mother’s yellow Toyota Corolla back and forth from work, so I managed to learn how to drive a stick shift (that was about the only thing I accomplished during that period).

I was seriously depressed at that point in my life, almost catatonic. I spent a lot of time lying on my bed in my bedroom in the darkness staring at the ceiling. Periodically my father would come in and assure me that all my problems were just in my mind and that everything was fine, along with other pollyannyish cliches of inspiration, and then leave my bedroom with a self-satisfied smile, having solved all my problems yet again.

One day, after working there for a couple months, the boss unexpectedly called me into her office for a stern reprimand about my job performance. She complained that, while I related well to the kids who were only mildly retarded, I treated the ones that were like vegetables like, well, like vegetables. I was embarrassed and humiliated by this dressing down. I had no self esteem as it was. And now I was being told I wasn’t even capable of doing this most menial of menial jobs.

As I drove home that morning I knew I wouldn’t be going back there. So that was the end of that job.