I’m just a casual football fan. But I’ve been following Colin Kaepernick’s career pretty much from the beginning. And watched just about every game he played for the San Francisco 49ers. So I have a pretty good appreciation for Kaepernick’s game and his skill set.

I first became aware of Colin Kaepernick when he was still in college and playing for this little school in Nevada. And he single-handedly demolished the mighty Cal Bears, ran them into the dirt. You could tell he was a special talent from the very beginning.

And then in his very first start with the 49ers he ran for 180 yards (against the Green Bay Packers) and set the record for most rushing yards by a quarterback. Off to a darn good start. Kaep completely took the defenses by surprise. No one had ever seen that kind of skill set before — that combination of size, speed and agility.

Then in his second season, when starting quarterback Alex Smith was out for 2 games with a concussion, Kaep took over as starter. But then after 2 games everyone assumed Smith would be back as the starter — Smith was a damn good quarterback after all and had taken the Niners to within one play of going to the Super Bowl the previous year. But to everyone’s surprise Coach Harbaugh kept Kaep as the starter. Harbaugh was kind of a mad-genius football coach. And he couldn’t resist playing around with this once-in-a-lifetime talent like Kaep. Harbaugh was like Dr. Frankenstein in his laboratory creating this new monster on the slab. And Kaep took the Niners all the way to the Super Bowl that year, and came within one play of winning it.

And then in his second year as starter Kaep took the Niners all the way to the NFL Finals before his pass was intercepted by Richard Sherman of the Seahawks in the end zone on the last play of the game, preventing a second trip to the Super Bowl. That would pretty much be Kaep’s last highlight reel. And the end of his glory years (which really only lasted one-and-a-half years).

In the off season Kaep was heralded as the next great NFL superstar and his picture was on the cover of all the football magazines and the experts were predicting he would be the face of the new NFL (which he turned out to be, ironically enough, but in a different way from how they predicted).

But a funny thing happened on his way to the Hall of Fame. In his next season. Kaep got worse not better. And the Niners slipped to mediocrity at 8-8. Coach Harbaugh knew what the problem was before everyone else. All the other coaches had been studying Kaep on film, and they had figured out his weaknesses and how to stop him. Kaep was like a rookie phenom in baseball who’s called up to the big leagues and starts hitting the ball all over the field. And everyone predicts he will be the next great superstar. But then the pitchers figure out his weakness — the “hole in his swing” — he can’t hit the inside curveball (or whatever). So all the pitchers start throwing him the inside curveball, over and over, and now they’re all getting him out left and right. And now the phenom has to either adjust and fix the hole in his swing. Or he gets run out of the Big Leagues (which is usually what happens). That’s what happened to Kaep. The defenses figured out the hole in his game. Coach Harbaugh even hired a full-time coach just to come up with new game plans every week for new things that Kap could do to keep the defenses guessing. But, unfortunately, Kaep didn’t have any more tricks in his bag of tricks.

Then the hot topic among all the sports fans became: “What’s wrong with Colin Kaepernick??” He had started out so great. And now he sucked. I used to listen to Steve Young’s weekly radio show every week. Young was a Hall of Fame quarterback and an expert on quarterbacks. He said; “To be consistently successful in the NFL a quarterback has to master the pocket. Colin hasn’t been able to do that. And I don’t think he ever will.” Kaep had always gotten by on his pure athletic skills. But he never really mastered the nuances of quarterbacking. Football is like a chess match after all. The defense makes its move, then the quarterback makes his counter-move, then the defense makes their counter-counter-move, and then the quarterback makes his counter-counter-counter-move. And so on. The quarterback has to be able to instantly “read the defense” and deliver the ball to the hole in the defense. No easy task, because the defenses all try to camoflauge their alignments. Not only that, the quarterback only has like two seconds to make all of these split-second decisions after the ball is snapped, while 300-pound monsters are charging at him trying to take his head off. Quarterbacking is one of the most exacting and difficult positions in all of sports. And Kaep was unable to master it on the highest level.

The other thing we only realized in retrospect, regarding Kaep’s initial success. Kaep had everything going for him when he first started out. He had a great coach who knew exactly how to use him — how to play to his strengths and minimize his weaknesses. The Niners also had the number one defense in the league. They usually gave Kap great field position. And the team was usually in the lead. So Kaep rarely had to march down the whole field and deliver a come-from-behind victory. All he had to do was not make any mistakes and let the others do their jobs. The Niners were loaded with playmakers at all the skill positions — all-pro receivers like Vernon Davis and Michael Crabtree, and all-pro running back Frank Gore.. All Kaep had to do was run around back there and then dump the ball off to one of his stars and let them make plays.

It finally got so bad for Kaep, he ended up demoted to being a back-up to a career back-up. When he finally won the starting job back in mid-season, he still sucked, and only managed to win one game all year (and only barely that by one point). And the Niners ended up a miserable 2-14.  Kaep would be 4-20 in his last 24 starts. And that just doesn’t cut it in the NFL. So Kaep was released at the end of the season. 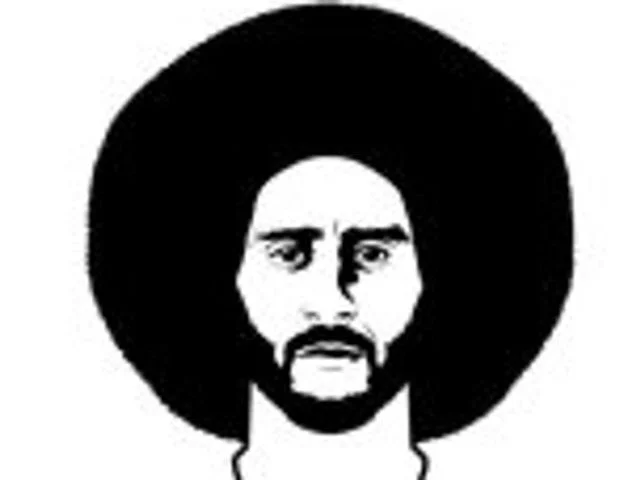 When none of the other teams signed Kaep after he was dumped by the Niners, Kaep claimed the owners were “colluding” against him because of his political beliefs — his controversial “sitting for the National Anthem” thing. But believe me, that’s not the reason why nobody would sign him. At least not the primary reason.  NFL teams would sign Charles Manson if they thought he could win games for them. But the NFL always had this double-standard. If a star player commits a serious felony or creates a big off-field distraction, you can bet some NFL team will get up there and sanctamoniously say: “We believe this fine young man deserves a second chance.” But if an average or mediocre player commits a serious felony or off-field distraction, the same NFL teams will say: “We won’t tolerate this kind of behavior in our organization.” And they’ll cut his ass so quick it isn’t funny. Kaep is no doubt better than a lot of other back-up quarterbacks in the NFL. But back-up quarterbacks are a dime-a-dozen. And Kaep’s just not good enough for teams to want to put up with his off-field baggage.

But don’t feel sorry for Colin Kaepernick. He made a ton of money, and had his moments of glory, and accomplished something that transcended sports, and (unlike most players) got out of the game before he was seriously crippled by injuries. And he could still get a ton of money out of the NFL if he gets a good lawyer to take over his lawsuit against the NFL.