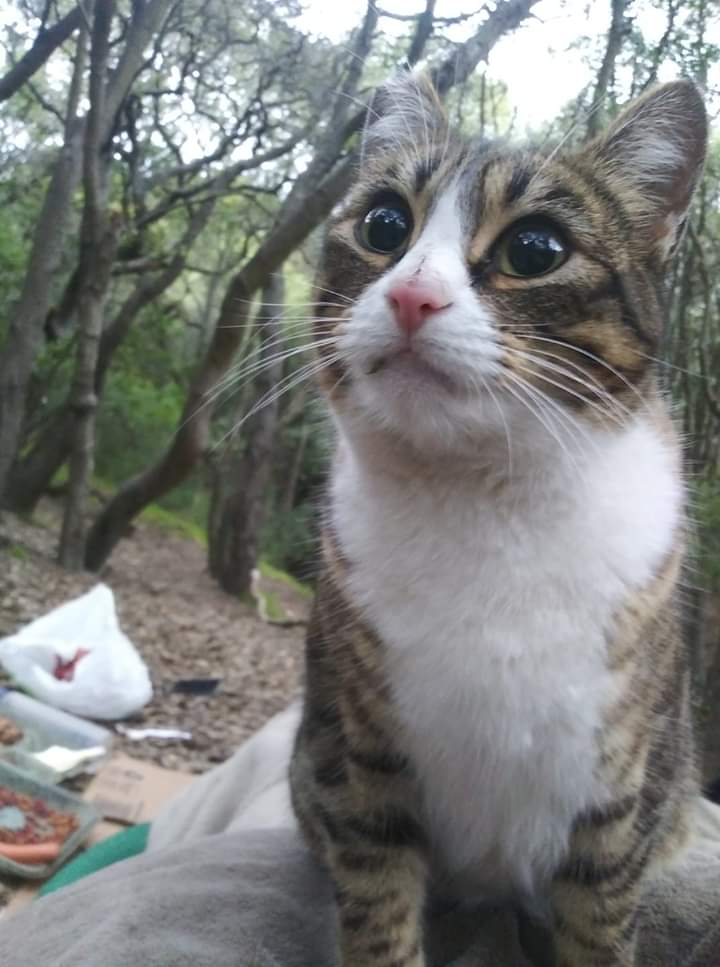 Mini Scaredy had been missing for nearly two days. I had accidentally hit her with this big stick, and she went running down the hill as fast as she could and didn’t look back. I was actually trying to hit this skunk who had just sprayed my campsite, but, as usual, I missed. And Mini Scaredy got caught in the cross-fire. Hit her right in the bridge of the nose (a direct hit).

I was worried sick about it. Tossed and turned in my sleeping bag all night long hoping that she’d come back. But she never did.

Finally, Mini Scaredy showed up a day later in the middle of the night. She approached me  cautiously, and then stood there looking at me like: “You hit me with a big stick, asshole.” I tried to explain to her that it was an accident. But I suspect cats lack the deductive reasoning to grasp that concept.

I fixed her a big late-night dinner. And then went back to sleep. The next morning she was all purrs.  She even brought me a dead mouse as a peace offering.  All is forgiven. The End. 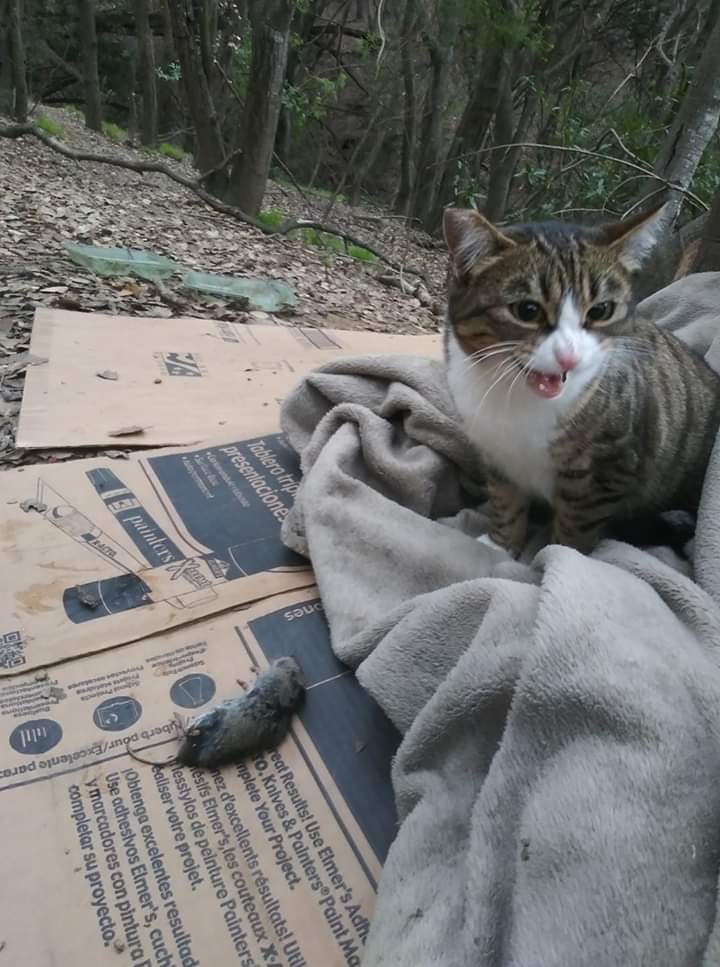