Some of you might remember Saul Zaentz. He’s the guy that ripped John Fogerty off for millions. Then when Fogerty tried to get back at him by writing the song “Zaentz Can’t Dance,” Zaentz sued Fogerty and took even more money from him. Ha ha.

Zaentz did an even bigger number on the novelist Ken Kesey. In 1962 Kesey sold the film rights to “One Flew Over the Cuckoo’s Nest” to Kirk Douglas for $18,000. Which seemed OK in 1962. But not OK in 1975 when the film was finally made and ended up grossing over $100 million. Many people — including Zaentz who produced the thing — made fortunes off the film. But not poor old Kesey, the guy who had actually created the thing. The $18,000 was a pittance compared to the money the film made. And Zaentz refused to give him a penny more than he had gotten in 1962.

And if that wasn’t enough to make Kesey’s head explode with rage, Zaentz had it written into the contract that they could print up zillions of copies of the “Cuckoo’s Nest” paperback and they didn’t have to pay Kesey a penny in royalties because the books were officially characterized as “promotional material for the film.” Ha ha. Adding insult to injury every one of the paperbacks had Jack Nicholson’s face on the cover, an actor Kesey loathed for how he portrayed his main character McMurphy.

Course I’m not crying any tears for Ken Kesey. I couldn’t stand the guy. Ha ha. Welcome to Hollywood. 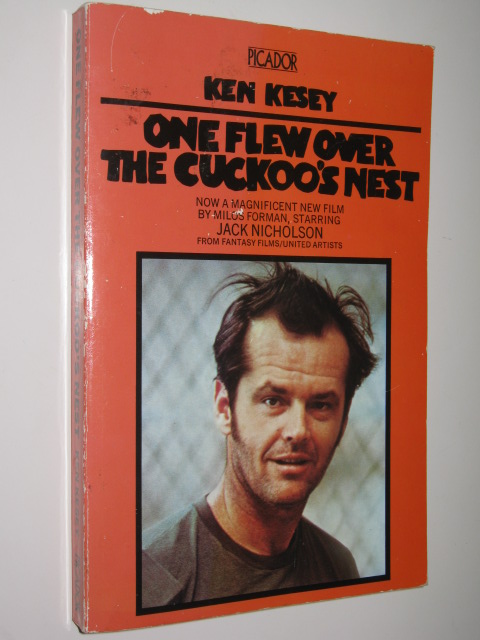