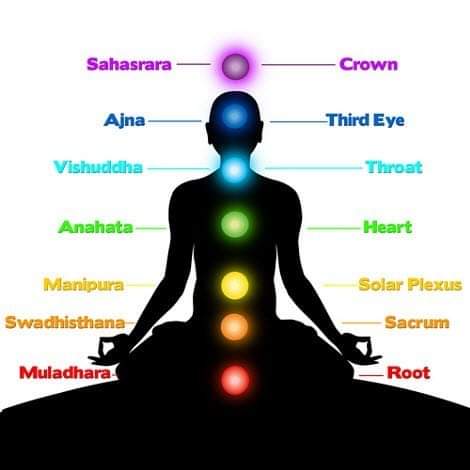 I’ve resisted writing about this story for a long time. For a variety of reasons. But I finally figured what the hell, why not write it. And I can always delete it later if I decide it’s something I don’t want to share.

I started doing Kundalini Yoga in 1996. And I did it consistently on a daily basis for the next 6 years. And it really seemed to work. The more I practiced Kundalini Yoga, the more my mind and my soul seemed to get stronger and purer. Neurotic and psychotic tendencies in my psyche seemed to resolve themselves one after another. And I actually started to become the man I always hoped I could be. And I really thought there was a chance that I might actually be able to attain Spiritual Enlightment.

Now Kundalini Yoga is considered a science — a spiritual science — more than a form of religious doctrine or theology. It’s experiential, as opposed to theoretical. You experience it — like doing a scientific experiment on your psyche — and then come to your own conclusions.

The basic premise of Kundalini Yoga is that there’s this dormant spiritual energy that resides in the spine of the human being, this Divine energy. Like a coiled snake. And as you practice Kundalini Yoga, this divine energy gradually awakens, and rises up from the base of your spine, systematically cleansing and purifying all the different “chakras” in your system along the way. Until it finally reaches the final chakra at the top of your head — the “sahasrara” — and your Third Eye is permanently opened and you attain the Highest Spiritual State. Or so the theory goes.

Now one of the weird by-products of doing Kundalini Yoga is that, the longer you do it, the more you start to attain these “occult powers.” As your psyche because more purified, more powerful, and more focused, they just naturally arise in you. In my case these powers expressed themselves along the lines of that ancient spiritual concept: “Whatever you think will manifest.” For example I would be wishing for something, something very specific. And shortly after the thing would magically manifest in my life. It really was a form of magic. And it kept happening over and over, to the point where I concluded it was beyond coincidence. And this power really was manifesting within me.

Conversely you can use these occult powers in a negative and destructive manner. For example you can use them like the “voodoo doll” principal, wishing harm on an enemy, putting a curse on them. And you really have the power to inflict damage on other people.

For this reason, the spiritual masters have always strongly advised NOT to use these occult powers as they arise in you. Because they’re nothing to play around with. And they can cause all sorts of problems, accrue all sorts of bad karma, and retard your spiritual development. For one thing, the novice is like someone with the mind of a child who’s suddenly been granted the physical power of Hercules. So there’s a real danger in using these occult powers in a reckless, immature and destructive manner. And, even more importantly, if you use these powers for personal gain — to get rich, to gain power, to get sex with beautiful women, whatever — you’re using these powers to bolster your personal ego. Which is the exact opposite — and runs exactly counter-productive — to the whole point of Kundalini Yoga. Which is to gradually TRANSCEND your personal ego and merge with the Infinite. So, like I said, messing with these occult powers can really retard your spiritual progress.

So anyways, by 2002 I had been doing Kundalini Yoga for 6 years. Now according to the science of Kundalini Yoga, the process usually takes about 12 years. Working intimately with an enlightened Yoga Master, the yogi systematically goes from a novice until he finally reaches the Highest State. So, by 2002, I was at about the half-way point of the process. Getting higher and higher along the way. Until things suddenly started going south.

So anyways by 2002 I had been intensely practicing Kundalini Yoga for 6 years. And I had kept getting higher and higher. Until suddenly I stopped getting higher. It’s like I hit a glass ceiling. And could rise no more.

There were a variety of reasons for this. I started doing drugs and alcohol again. And I started using the spiritual powers I had attained for personal gain, for ego enhancement. Instead of in the pursuit of spiritual wisdom. You’re aspiring towards the Highest State after all. So there’s little margin for error. You have to be very pure. And I wasn’t. If it was easy to attain there’d be perfected Enlightened Masters hanging out on every street corner. But that’s not how it works.

So I began to get a little bitter at this point. After all the effort I had expended on Kundalini Yoga it looked like I wasn’t going to attain Enlightenment after all. Along with the happiness, love and satisfaction I had hoped for. And craved. So I started backsliding spiritually.

Along with that, the Telegraph scene that I had invested years of my life into, was also backsliding. Getting more and more dreary and dysfunctional. Whatever magic had previously been in the scene was slowly but surely being snuffed out.

So one night I was hanging out by myself at “my” spot — the corner of Telegraph and Haste by Cody’s Books. And I started to get more and more angry how it had all turned out. This beautiful dream that I had aspired to had turned into a barren harvest that I was reaping. So in my mind I began cursing the whole fucking scene. Over and over. I even spit on the ground several times as an expression of my contempt. That whole FUCK THE WORLD!!! feeling. I curse you all!!

Now here’s the weird part. The very next day I showed up, like usual, at that corner of Haste and Telegraph. And I was surprised to find that the whole block had been roped off with yellow police tape: “DO NOT ENTER.” My first thought was: “Uh oh. What have I wrought.”

I ran into long-time Telegraph street person Crazy Allen and asked him if he knew what was going on. I could tell Allen was distraught.

“Yeah it happened a couple of hours ago, ” said Allen. “This guy was putting some money in the parking meter right down there on Haste Street just below Cody’s Books. When this crazy guy started stabbing him over and over. For no reason. I was screaming at him to stop. But he wouldn’t stop. I went running looking to find a cop. But by the time the cops got there and arrested the guy with the knife the other guy was already dead.”

The next day when I read the newspaper articles, it turned out the killer was a guy with mental health issues. But no previous criminal or violent acts. He just seemed to snap. For “no reason.”

Of course I couldn’t help wondering if the negative psychic energy I had stirred up the night before was what had caused it. It was still spinning on that spot, like a little psychic hurricane of bad and destructive energy. And this guy — who already was in a precarious mental state — happened to step into that vortex. And it was enough to trigger his psychotic episode.

At any rate, the papers said it was the first homicide on that block in like 100 years. So it was a pretty rare thing to happen.

For a long time afterwards whenever I walked by the spot where the killing took place, I would notice the blood stains that were still on the sidewalk. And I would think about the whole thing all over again. And all the different issues in my mind. That I would wonder about. Over and over. But would never be able to prove one way or another.

At any rate, my spiritual progress pretty much came to a dead end at that point.
.
.
https://www.sfgate.com/bayarea/article/Berkeley-idealist-s-ironic-death-2792810.php

4 thoughts on “A kundalini Yoga story”