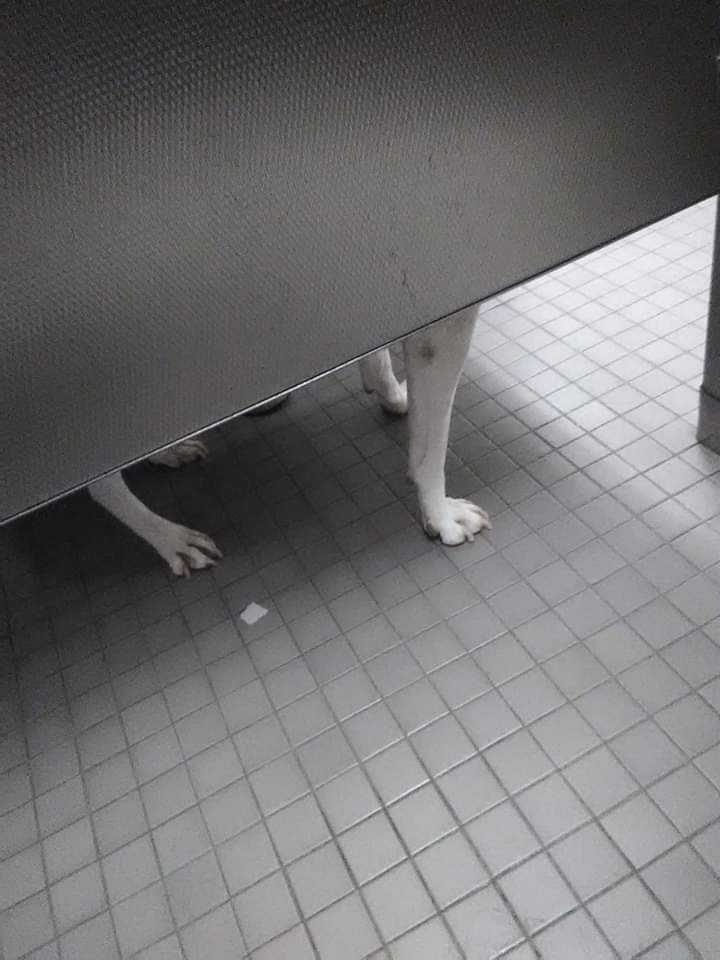 Some people are just assholes. There’s no other way to put it.

So I go to this restroom in the basement of this building on campus. It’s summer break so the building is almost completely deserted. So I figured I could poop in peace for once. BUT NOOO.

I’m not in the stall for a minute when this guy comes in and sidles up to the urinal, which is adjacent to my stall. I can’t see him, but I can see his foot from the bottom of the stall. He’s wearing these shiny black boots. And as he’s standing there pissing — get this — he sticks part of his foot into my stall, with his foot pointing towards me. Real cute, huh? Not only that, he starts tapping his foot. Up and down. Up and down. Real subtle, this guy.

After standing there at the urinal, supposedly pissing — in between his foot-tapping — for an unusually long time, he FINALLY flushes the urinal and washes his hands in the sink.

But does he leave at that point? Heck no. He goes BACK to the urinal again and silently stands there, doing God knows what, for like 5 minutes.

Now I’m royally pissed. I finish my business and stomp out of the stall. The guy is standing there at the urinal with his back to me, so I can’t see what he’s doing, but I can tell he’s playing with himself. I glare at him with a look that could kill. He mutters something to me that I can’t make out as I make my exit, slamming the door for good measure.

There’s no excuse for that. If there’s one time when most people want some privacy it’s when they’re pooping. And if a person violates that privacy, they’re an asshole, plain and simple. I could understand back in the old days when it was illegal to be gay, that gays would have to resort to stuff like this to have their trysts. But nowadays, when gays can openly hook up with other gays in all the different walks of life, there’s no excuse for this.