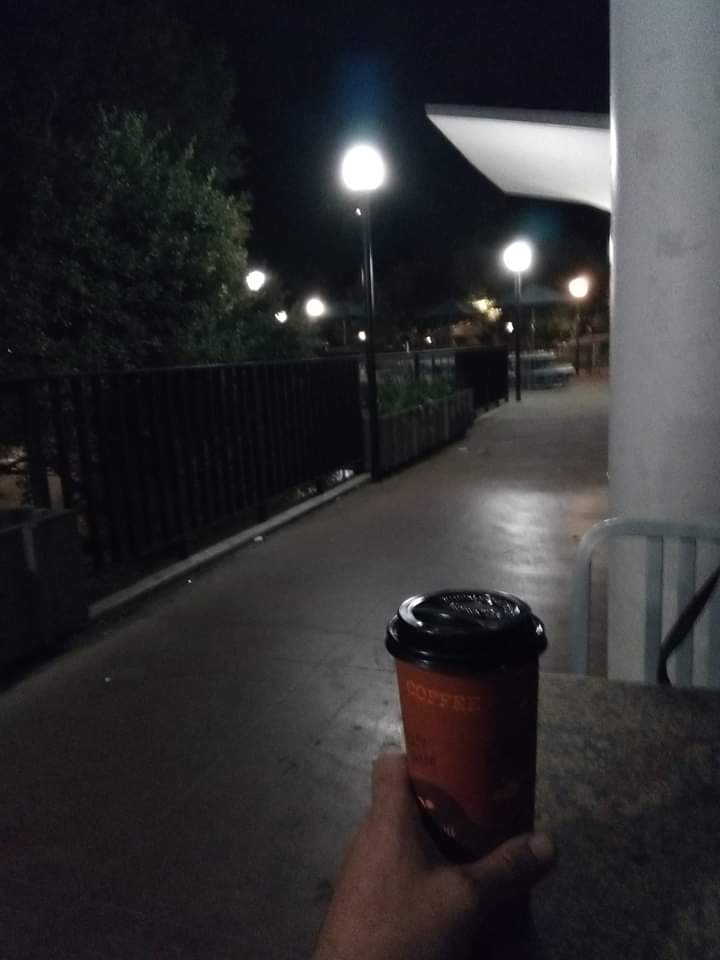 It’s 9:30 at night and I’m just hitting the campus, carrying a 6-pack of beer (discreetly hidden in a black bag). When this cop happens to be walking right towards me (uh oh). Heavy-set guy. Looks like he’s maybe half-black, half-latino.

“You have a good night, Mr. Labriola,” he said as he passed me.

“I’ve had at least a half-dozen interactions with you,” he said. “You were always very polite.”

And I headed off to find a discreet place to drink my beer.

I’m not anti-cop or pro-cop, by the way.  Being homeless, dealing with the cops is just like dealing with the rain.  It’s just one more Force of Nature that you have to deal with. And it’s really nothing personal. Usually.

One of my Facebook friends suggested that maybe the cop was familiar with me from reading about my exploits on my Facebook page or the internet. But one of the great things about being known by a pseudonym; it’s unlikely the cops would ever make the connection between “Ace Backwords” and my real name, the real person they deal with. And likewise, nothing would pop up if they happened to run “Ace Backwords” over the wire.

Cops, by the way, have a wide spectrum of opinions and attitudes about “the homeless.” Some are actually sympathetic. While others are outright hostile. Mostly I think they’re just weary and jaded about the whole thing. I mean for decades now, they’re the ones called in to deal with the problem. And they, more than anyone, know they have no solution. Other than to run the homeless off of one block. Only to have them turn up on the next block.
There’s a weird bond — a weird connection — between the cops and the homeless street people. They’re one of the few indoors people that are privy to our world, after all. They work the street beat, just like the street people. And they’re among the few people that are out there with us after midnight. Rousting us at our campsites and hang-out spots, they’re more aware of how we actually live than most people. We’re like two competing teams — two competing armies — playing on the same playing field.