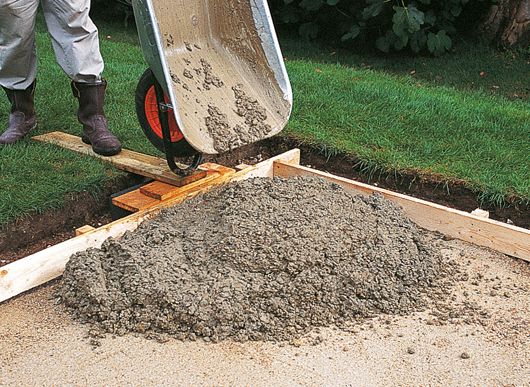 Another odd job I had as a young man. I got hired to build a driveway.

It’s the only time I ever worked any kind of construction job. Because I’m a complete incompetent who couldn’t nail a nail into a board and am unqualified — as well as unfit — for 90 percent of the jobs in this world.

But this friend of mine, who was a brilliant carpenter and could do virtually anything with his hands, worked for this nut named George. And George wanted to put in a new driveway that led up to his garage. And my friend needed an assistant for the job. So he hired me to help him.

Now the driveway George had, looked perfectly fine to me. But for some reason George wanted to tear it out and put in a new one. So there we were.

My job was to take the big bags of cement and pour them into the mixer and then add water from the hose. And then when you had mixed the cement and the water into the perfect concoction, you dumped it into the space where it would eventually coalesce into concrete. Magic. And I was just barely competent enough for the task.

But the weird thing about this George guy, he lived in the rich section of Berkeley in the hills. Owned a large and expensive piece property. Had a nice big house. But the entire estate looked like a disaster area. Like a bombed-out war-zone. He had 20 different construction projects going on at 20 different sites. And the yard was completely torn up all over the place. And he had different men working on different things all over the place.

I couldn’t figure out if George just liked to have all these shirtless sweaty young men toiling away on his property. Or if he was just like a big kid endlessly playing in his sandbox.