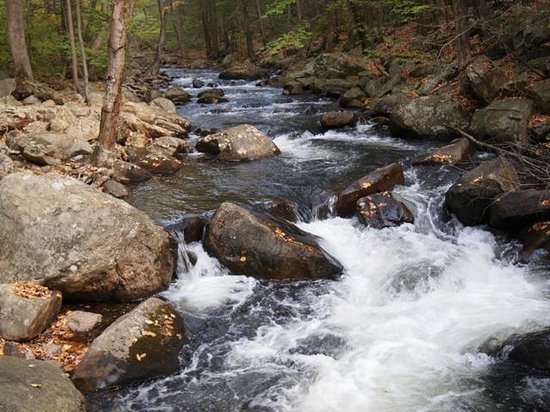 One of my favorite spiritual sayings:  “Strange and mysterious are the ways of karma.”

Was thinking about an old high school friend of mine.  Let’s call him George.  George wasn’t in my main group of friends. He was sort of in the second tier.  But he was a very nice guy.  Just about everybody in our class liked George.

One odd thing about George.  All through our school years he was always one of the smallest kids in our class.  A very tiny guy.  So one tended to be fond of him like a baby brother.  But then his senior year, age 17, he suddenly had a spurt of growth and shot up to over 6 feet tall.  I always wondered how that might have affected him, psychologically.  To go from being a small guy all his youth, to suddenly sprouting into a tall man virtually overnight.

I remember one cherished George memory from senior year of high school.  It was Friday night and we were at a party in a neighboring town, tripping on LSD.  And we were so high, we walked all the way home, about 15 miles.  And as we walked side by side, the whole way we had this non-stop joyous conversation where we babbled on and on about all the profound psychedelic realizations we were having.  And how we were having all these keen insights into our psychological and spiritual problems (we were both fairly troubled young lads).  By the time we made it back to our homes the morning sun was just starting to come up and we had magically resolved all of our psychological and spiritual problems, thanks to the magic of LSD.  . . .   (LSD really is an extremely stupid drug.)

After we graduated I went off to a little college outside of Cleveland.  And George went off to Ohio State to study pre-med.   His big dream was to become a doctor.   He invited me to visit him.  So one weekend I hitch-hiked to see him.  He lived in this dorm on the 30th floor of this skyscraper.   Which was kind of weird.  Ohio State was kind of like a city unto itself.  And I remember him pacing back and forth in the lounge area of his dorm, anxiously exclaiming over and over:  “MY GRADES AREN’T GOOD ENOUGH TO GET INTO MED SCHOOL!!!”  George was very high strung.  And he was always kind of desperate for a success that always seemed to just elude him.

Last I heard of him, George had just missed the cut, re med school.  So he had to go off to a school in Mexico in search of his degree.  And that was the last I heard of ole’ George.  You know how it is with high school classmates.  You gradually lose touch with just about everybody.  At least I did.

But then, around the time of our 40th year class reunion, word started to filter back to me about all my old mates.  It turned out George had made it after all. He became a doctor.  Lived out his whole dream.  The wife and kids and the home in the suburbs, and all the respect and prestige that goes with the title Dr. George, MD.

But then, last month, I got the sad news that George had died.  Age 59.  Under mysterious circumstances.

So I Googled around.  And came across the story.  According to the newspaper articles, a couple years ago one of George’s female patients had accused him of “inappropriate sexual contact” while doing an examination.  He was arrested and arraigned and charged with “fourth degree sexual assault” — which didn’t sound very severe to me (I assumed it was lesser than first, second or third).  But then I was told that refers to when people in authority, like cops or physicians, abuse their power.  So who knows.  George denied the allegations.

And there was George’s hapless mug staring out at me from all the local newspaper articles and local TV news shows.  Nothing like a mug shot to bring out the worst in a guy.  Whether you’re guilty or not, you sure look guilty.  The articles at least pointed out that George had had a “spotless record for 39 years.”  Which is impressive (let’s just say, mine is on the spotty side).

And then a second woman, a second patient, came forth with allegations of abuse.  Again, George denied the allegations.  And who knows what the truth is with these “he said, she said” things.  Not me, that’s for sure.

At any rate, I guess it all got too much for him. So George committed suicide.  As far as I know, it never went to trial.  So we’ll never know what, if anything, he actually did.  And whether he killed himself out of actual guilt.  Or from the public disgrace.  He was no longer quite the same “man of respect” in the community, that’s for sure.  I sometimes forget how important that is to some people.  Their public status.  Because I’ve mostly lived a disreputable life myself. So what do I care what people think of me.  But it’s weird how our dreams can so often back-fire on us.

And it’s weird about the whole sex thing.  Sex can create life.  And sex can destroy lives.  It’s such a powerful animal drive, our sexual compulsions.  And it’s not always easy to control them.  Or to find a socially acceptable outlet for those drives.  And that line that separates socially acceptable from unacceptable can be blurry, as well as ever-changing with the social whims of our culture (just 50 years ago, for example, you could be thrown in jail or the nuthouse just for having gay sex).  And just one moment of weakness can ruin your life.  I think of what Bukowski once wrote:  “We don’t know what to do with sex.  So we treat it like a toy.  A toy that destroys people.”

Of course I was saddened by the news about George.  And the tragic turn his life had taken.  But I’ll always remember him as a very nice, sweet guy.