I often feel a real nostalgia for the Telegraph Avenue back when we were publishing the Telegraph Street Calendar (1989 to 2004). There was a real magic to the scene for me back then. Mostly the people. There were so many dynamic and colorful and whacky and talented people back then. It gave the Ave this carnival and festival feeling. So many of the people were like walking cartoon characters. And that was often reflected in their cartoonish names. The Rare Man. Hate Man. The Naked Guy. Pink Man. Etc. 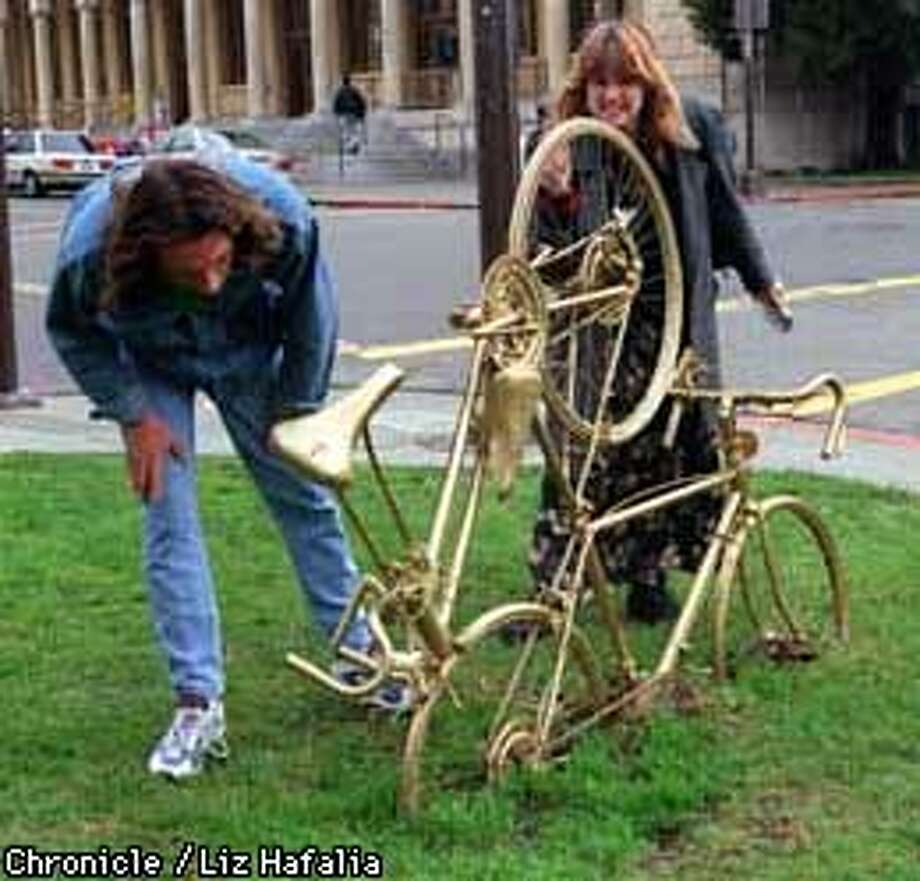 And then there was Richard List, the Plop Artist guy. So named because he would literally plop his artwork down in public spaces. He’d often make these bizarre and whacky “sculptures” out of found objects. Bicycle parts, mannequins, and most famously, toilets, which he would spray-paint bright silver and other day-glow colors.

His Plop Art perfectly captured the feel of Telegraph back then. This expression of zaniness and color for the sheer hell of it. And when asked why he did it, he himself would concede “I really don’t know myself why I do what I do.”

For many years he took over the vacant Berkeley Inn lot, and plopped his mad creations down there, in what he dubbed the “New Sense Museum” (pronounced “nuisance” — ha ha).

Richard was unpretentious and never took himself seriously. And his art usually inspired a bemused reaction from passer-bys, like: “What the hell is THAT?? And how did it get THERE??” His work was a nice bit of color and imagination in an often gray and drab world.

I miss his Plop Art. And I miss so much of the other things from that long-gone period in time and space.