For a couple of years I did a monthly record review column with my friend Mary Mayhem. It was patterned after Siskel & Ebert at the Movies — Backwords & Mayhem at the Records. And we’d both review the same records, giving them thumbs up or thumbs down. Usually I’d just tape-record me and Mary talking about the records as we listened to them. Then I’d edit the tape down to the column. Mostly it was just an excuse to hang out with Mary, drink beer, and listen to music. And you know me, I love to gas off with my opinions. So it was a lot of fun.

I’d mail the column out to various zines and alternative newspapers across the country. I think at its peak we were reaching about 100,000 readers a month. Didn’t make much money. But the real perk was, free records.

I mailed out copies of the column to every record label I could think of. And pretty soon I was getting like a hundred free records in the mail every month. I didn’t have time to listen to most of the records. Usually I’d play thirty seconds of the first track, and if it didn’t grab me by then, I’d take it off and go on to the next record. Ha ha. Half of them I would sell at the local used record store. And most of the rest of them I’d give to my friends.

With the smaller, independent record labels, I’d make an effort to plug them. Because most of them were operating on a shoe-string, and it cost them money to mail them out. But the major record labels, I just looked at as a big tit to milk. And years after I stopped writing the column, they still kept sending me their latest records every month. . . Once you get on the promo list of the major record labels, you’re on the gravy train, baby.

Probably nobody has acted like more of an asshole, and yet ended up more beloved by more people, than Lou Reed.

As one of the first rock stars to openly sing about gay themes in the 1960s, many of Lou Reed’s songs became anthems for the burgeoning gay rights movement of the ’60s and ’70s, the Stonewall riots and all that. And Reed was considered a hero and an inspiration to many people in the gay community. When Lou Reed became aware of this — ever the contrarian — he said: “For my next album I might write a song ‘Get Back in the Closet You Fucking Queers.'”

People constantly speculated about Lou Reed’s sexuality. He was an enthusiastic participant in the NYC gay underworld; the gay bars and bathhouses and S&M clubs. And he lived for 3 years with a drag queen boyfriend. But he also married 3 women and had long-term relationships with women.

My hunch is that he was primarily sexually attracted to men. But was attracted to women as mother figures and nurturers. Not to get too Freudian, he hated his father who was a cold person, while his mother always worshiped and doted on him.

Its interesting how highly esteemed Lou Reed was in the rock world, considering he mostly had middling record sales. Only a couple of his albums sold really well. Most of the rest of them were disappointing commercially. And he only had one hit single “Walk on the Wild Side.” Which was probably more because of David Bowie’s golden touch as producer than Lou Reed’s commercial appeal. And yet Lou Reed was considered a legend and one of the all time greats by his peers. 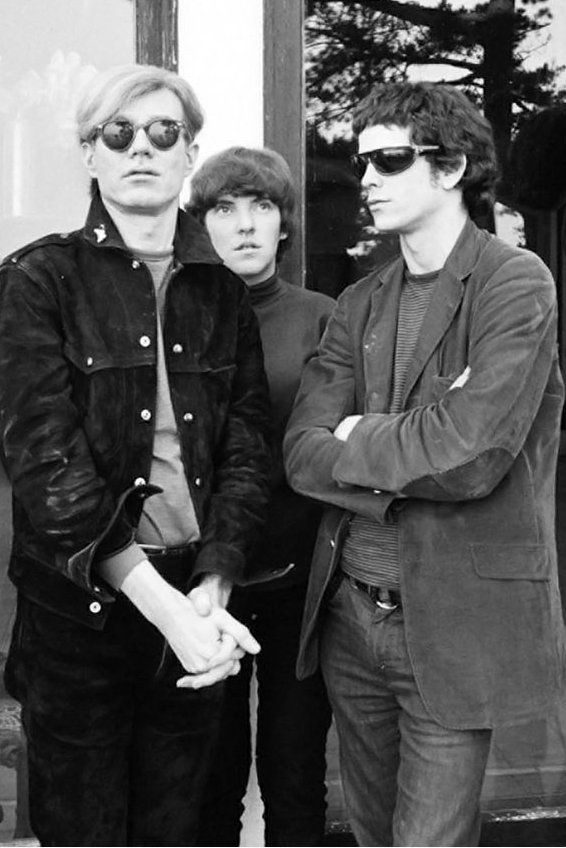 Lou Reed’s songs were deceptively simple. Probably nobody got more mileage out of 3 chords (and a limited vocal range) than Lou Reed. But as simple and repetitive as they could often be, at their best they were incredibly catchy and nuanced. Especially those songs he wrote for the Velvet Underground in the 60s, and his classics (Sweet Jane, etc ) in the 70s.
So distinctive and singular was Lou Reed’s style, he was virtually a genre unto himself.

As a person Lou Reed was incredibly prickly, abrasive, arrogant, self-centered, narcissistic. In a typically grotesque scene in this bio, Reed is being interviewed by a writer who is going to write the liner notes for a very prestigious boxed set of Lou Reed’s work. During the course of the interview Reed has to go to his bank to get some money from his ATM. Reed is waiting on line at the ATM when he notices a homeless guy sleeping in the vestibule. “THAT’S DISGUSTING!” says Lou Reed. He actually goes into the bank and tells the bank manager that he wants the homeless guy kicked out immediately.

The writer of this bio — who was otherwise a huge Lou Reed fan — was repulsed by this exchange. “No question the image of Lou Reed, of all people, kicking a needy person out of a bank into the freezing cold is like something out of Dickens — just so that he could have a more pleasant experience as he waited to withdraw his money. It’s as potent a symbol of 1% selfishness as can be conjured.”

Lou Reed was always a paradox and a contradiction. Self-destructive AND self-affirming (“their lives were saved by rock’n’roll!”). Degenerate nihilist (“Heroin!!”) AND idealistic romantic (“I’ll be your mirror.”).

Probably very few artists ended up being more identified with the city where they lived than Lou Reed and New York City. Reed was the quintessential New Yorker. On 9-11 Reed was living about a mile from the World Trade Center. He climbed up to the roof of his apartment building and watched as the buildings burned and people jumped to their deaths.

Lou Reed was definitely ahead of his times when it came to the ’60s drug culture. Reed was smoking pot and taking speed, eating peyote, and even slamming heroin when he was still in his teens in the early ’60s way before drugs hit the mainstream. Precocious bastard. He caught hepatitis from a dirty needle when he was still in his teens. And it eventually killed him. But he somehow made it to 71.

“Lou was always more advanced than the rest of us,” said a childhood friend. “While we were looking at girls in Playboy, Lou was reading The Story of O. He was reading Marquis de Sade, stuff that I wouldn’t even have thought about or known how to find.”

When he was 17 Lou Reed had a complete nervous breakdown. So his parents forced him to undergo electro-shock therapy. In the hopes that it would “cure” Lou of his depression and homosexuality (which was considered a form of mental illness back in the 60s). Lou Reed said the electro-shock mostly just wiped out large parts of his memory. And he hated his parents for the rest of his life for inflicting that on him.

The bio was written by a longtime fan and admirer of Lou Reed, and one of the few critics that Reed genuinely liked. The author shows Reed’s “asshole” side but its not a hit piece. Its a well-rounded portrait of an artist and a man. And if you’re a Lou Reed fan you’ll probably love the book.