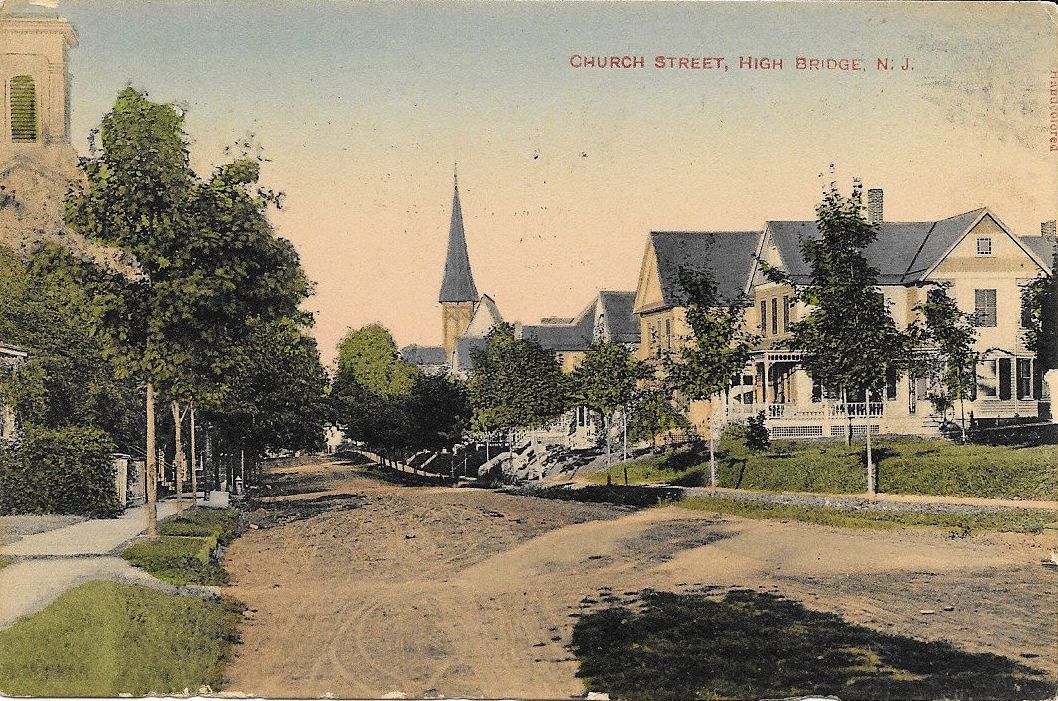 Since everybody is going on and on with all these “It was 50 years ago today” stories — as we wind our way through that utterly fabulous decade that was “The Sixties” — I thought I’d celebrate the 50th Anniversary of when I was 10 years old. Or, as it’s more commonly known in legend and lore, the Summer of Backwords.

It was June 27, 1967. And, needless to say, I was 10 years old. I had just graduated from the 5th grade. And this would be one of the best summers of my life. I still felt normal back then. A feeling that would last for another year. And then never to return.

My favorite TV shows were “Batman” and “The Man From U.N.C.L.E..” My favorite band was the Beatles (“Penny Lane” was their latest hit). And my favorite comic book was Spiderman and MAD magazine. My favorite sports team — oddly — was the San Francisco Warriors basketball team (even though I lived in a little town in the middle of the cow fields of New Jersey, the church league basketball team I played on was the Warriors, which is why I rooted for the Warriors — Rick Barry and Nate Thurmond would battle Wilt Chamberlain and Hal Greer and the Philadelphia 76ers in the NBA Finals later that year).

I had a big gang of friends that I ran with back then. And I was somewhat the leader of the gang (at least that’s how I remember it). And we roved all over town on our banana-seat bicycles like a pack of wild animals. I was the smallest and youngest in my class. But I was generally respected by all (at least that’s how I remember it). My childhood was like a cross between “Leave It to Beaver” and “Spanky and Our Gang.” And I loved every minute of it. I was at the peak of my joy. By 1968 it would mostly be all downhill after that

What can I say? I peaked early.

Lately I’ve been going to the basketball courts every day in a hopeless attempt to lose 5 or 30 pounds.  My “work-out” usually consists of 15 minutes of trotting around the court shooting set shots.  After which I’m gasping for breath.  Its like every cigarette I’ve ever smoked is shouting at me:  “Hey, dude, remember ME??”

But it reminded me how much I’ve always loved basketball.  One of the peak experiences of my life was when I was in the 6th grade in 1967 and playing on a church league basketball team.  My team was the Warriors.  So naturally I started rooting for the San Francisco Warriors.  It would be the beginning of my life-long love of all professional sports (except for hockey,  of course).  I can still remember everybody on that team.  Rick Barry, Nate Thurmond and Al Attles.  And they battled the Philadelphia 76ers with Wilt Chamberlain, Chet Walker and Hal Greer in the NBA Finals that year.  Even their names sounded super-cool.   Nate Thurmond and Al Attles!!

Anyways, my church league team won the league championship that year.  And I scored 12 points in the finals on many cool cherry-pickin’ fastbreaks.  After the game the coach treated the whole team to ice cream sundaes at the Daz-a-Dell restaurant off Route 66.  That was the peak of my life really.  What can I say, I peaked early.  6th grade.  It would be all downhill from there. Darn.  But at least I had that one fleeting moment where I was the Champion of the World!!

I made the freshman basketball team in 1970.  Our coach was this certified nut named Coach Akorn.  I don’t know what Coach Akorn’s problem was.  He was either a psychopath, a sadist or an asshole (or some combination of the three).  He was on some psycho Vince Lombardi trip and he would scream and curse at us all practise long.  Often he’d stand in the middle of the court while we ran laps around the court and he’d throw basketballs at us.  Like fastballs.  I don’t know if he was trying to instill discipline in us by using us as dodgeball targets.  But what the fuck?  We were 13 year old kids who enjoyed throwing a ball into a hoop and all of a sudden we have this adult — this raving nut —  screaming at us like he wanted to kill us.

I remember I was sick with the flu for two weeks.  But I came back to practise before I had completely recovered because I wanted to be Part of the Team.  Coach Akorn had us running wind sprints that practice until we dropped.  The winner of each race got to hit the showers.  The rest of us had to keep running.  I lost every race.  I was the last guy to hit the showers.  I was so exhausted I was leaning against the wall as I showered because I could barely stand up. Sick as a dog.  Like I said, the guy was a NUT.

And there was one particular boy on the team — Jay Desmond — this cute little kid who was the starting guard — who Coach Akorn had a particular obsession with.  He was CONSTANTLY screaming at Jay Desmond:  “Desmond, you miserable excuse for a basketball player!!  I said PICK!! Not ROLL!” And he’d throw a basketball at Jay.   A real Knute Rockne, this guy Coach Akorn.

Coach Akorn’s other strange trait was, he liked to sneak into the boy’s room and bust kids who were smoking cigarettes in there.  I don’t know if you remember that hit song from the ’70s — “Smokin’ in the Boys Room” — but that was our secret smoking lounge back then.  But Coach Akorn had some weird obsession with catching boys smoking in there.  I mean, all the rest of the teachers just ignored it.  Akorn even got in a couple of physical altercations with some of the boys in the boys room.  Wrestling with them amongst the toilets.  It wasn’t until years later that I put two and two together and figured out Akorn’s problem.  He was probably a closet gay guy.  And he disguised his attraction to us by pretending to hate us.  Pretty smart, huh?

(It’s for that reason that I’ve always been supportive of gay rights.  For a simple, practical reason.  God only knows how much damage to society (and damage to themselves) was inflicted by closet queens because of the way society warped their sexuality and their psyche (start with J. Edgar Hoover prancing around in his lingerie and work back from there).

The next year I made the sophomore team. The Jay Vee team.  Junior Varsity.   Unfortunately, I was one of the worst guys on the team.  The coach, Johnny Dee,  wouldn’t put me into the game unless we were 20 points ahead or 20 points behind.  I guess he figured I couldn’t do any damage by that point.  Some times he even waited until it was 30 points.  I spent the whole year sitting on the end of the bench with Steven Dunst (who later went on to be starting quarterback on the football team).  Dunst stunk, too.  We were the 11th and 12th men on the team. So we spent the whole season mostly arguing about which one of us was in fact the worst player on the team.  (Ed. note:  It was Dunst)

Part of the problem was that I was only 5 foot tall.  I wouldn’t start growing to 6 foot until my senior year.  But by that point I was already way into drugs.  So a lot of good my height did me at that point as a 6 foot art weirdo. Sheesh.

But anyways as a sophomore I still had great hopes for my fledging basketball career.  Who knows, maybe I could be the first 5 foot tall, white power forward to make it to the NBA!  I read all the bios by all the NBA stars.  And they all said the secret to success was hard work, dedication, and discipline.  So I practised diligently every day.  Working on my “skills,” as they say.  I believed in the Charles Atlas ads in the back of the comicbooks, where the skinny little nerd could transform himself into a he-man superstar.  Basketball Jones himself.  People would comment about how they’d see me out on the court every night, practising until after dark.

Anyways, it was the last game of the season and I was sitting there on the bench as usual.  But I was already looking forward to next year.  I’d be a junior then, and I’d get my chance.  One of the last game traditions was, the coach would suit up some of the hot shots from the freshman team to give them a taste of the big time.

The coach was this guy named Johnny Dee  — short for Johnny Devilinsky.   Johnny Dee was this short, stocky guy with a greaser ’50s haircut.  He was one of the popular teachers.  He also taught shop class.  And you could often find him in the hall loitering outside his classroom shooting the shit with his students.  He had sort of a wise-guy, wise-aleck sense of humor. And everybody generally liked him.  Anyways, its the last game of the season, and its getting near the end of the game.  And Coach Dee stands up and looks down the end of the bench, like he would do when he was getting ready to put the scrubs into the game.  And he looks right at me and then he says — I swear to God this is what he said —  “Nah.  We can’t put HIM in.  There’s still a chance we could win this game.”  So instead of putting me in the game, he puts some of the hot shot freshmen into the game instead.

I often wonder how Coach Dee could have been so thoughtlessly cruel.   Though in a way he may have been doing me a favor.  A quick, clean cut.  Rather than prolonging the agony.  Letting me know right up front that there was no point of me wasting my summer practising and practising and practising.  I was not going to be part of the team.  Period.  Sports is a brutal, Darwinian mileau after all.

But it was one of those moments when I learned one of the most painful lessons of life.  Dreams don’t always come true.  Hard work, practise, and discipline sometimes aren’t enough.  Some times you’re just not good enough.