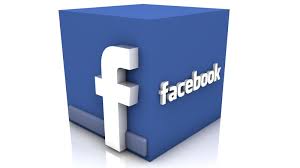 I admit, I really enjoy Facebook.  To me its like a total self-indulgance.  I look at my Facebook page as sort of like operating my own radio station.  And I broadcast my madness to whoever is out there on the other end picking up my frequency.

And many nights its like this wild cyber-cocktail party.  With people throwing out zany quips and sharp observations left and right.

Now everyone has their own slant on their Facebook page.  And rightly so.  Some people are really exclusive, limiting their Facebook friends to people that they know personally.  Others, like me, are sort of Facebook sluts.   I’ll friend anyone who requests it.

And I have no problem when somebody un-friends me.  They just got tired of hearing my shit and wanted to change the channel.  And frankly, even I am getting a little disturbed by some of my drunken ravings lately.  So I could imagine how I’d come across to a normal person.

But one of the odd things about my particular collection of Facebook friends is that none of us really agree about hardly anything.  And we’re regularly arguing and screaming at eachother over just about every issue under the sun.  I guess I’ve collected a very diverse bunch of people.  And when I look at my roster of Facebook friends there are people of all different races, religions, polical persuasions and sexual proclavities.  I mean, I’ve got born-again Christians and atheists and Buddhists.   I’ve got liberals and conservatives and radicals and communists and godknowswhatelse.  If I had to generalize I’d say they lean slightly towards being liberal and white and male.  But only slightly.  Its a very diverse bunch

Anyways, for awhile I was going on this guy’s Facebook page, a guy named Mikal Gilmore.  Some of you may be familiar with him.  He writes for Rolling Stone and he’s interviewed people like Bob Dylan and he’s written a bunch of books.  An interesting guy.  I’ve known about him since the ’80s.  His brother was the famous killer Gary Gilmore.  He killed a couple people in cold blood in Utah and then became a media sensation when he demanded that the State carry out his sentence and execute him.   Norman Mailer wrote one of his few readable books about the story, The Executioner’s Song, a great book in my opinion.

But anyways, one of the interesting things about Mikal Gilmore’s Facebook page is that everybody pretty much agrees with eachother.  If I had to describe the people on his page they were almost a caricature of what people think of as the “smug liberal Eastern media elite.”  One of the standard features of his page — repeated over and over and over — is that someone would post something stupid that some stupid conservative guy had said (not hard to find those guys).  And then they’d all chime in with their comments about how stupid this person was.  And they’d make all these clever, witty quips and then sort of congratulate eachother on how clever and witty they were.

This struck me as odd for a number of reasons.  Primarily because it seemed really boring.  To keep repeating over and over and over what they already knew and already agreed on.  I mean, one of the reasons I sort of enjoy argument and debate is because when I hear new points of views I often learn new things.   And when people challenge my thinking I sometimes become aware of contradictions and fallacies in my thinking.

But it was obvious that the people on Mikal Gilmore’s page greatly enjoyed this exercize of theirs.   Lets Make Fun of the Stupid Conservative Guy.  (Oddly, they didn’t seem to get nearly as much pleasure when I tried to interject a new game,  Lets Make Fun of the Stupid Liberal Guy.)     Because they never tired of repeating it.  So it made me wonder:  “What are they getting out of this?”

Finally the obvious dawned on me (as it sometimes does).

And I could sort of understand the appeal of that.  They couldn’t come out and directly make these endless speeches about how intelligent, virtuous and wonderful they were.  Because face it, they’d look like the smug egotists that they were.  But by endlessly contrasting themselves with all the lowly, stupid and downright evil people of the world, they could still enjoy the same effect.

And of course, they can now post this blog on their Facebook page and make clever and witty comments about how stupid, vile and unenlightened I am.  So you see, I’m providing a public service.